Greetings BEA members. I hope 2021 is off to a good start for you and that your classes and current research or creative project are developing well. We have some important planning going on currently for BEA’s involvement with the AEJMC Southeast Colloquium, to be hosted as a virtual conference by Elon University in March and of course for BEA Virtual Vegas in April (with free registration for BEA members). But of course, our primary goal of the President’s Corner for this year has been to highlight some of our BEA members. 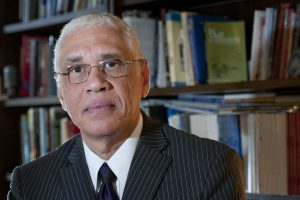 We begin by congratulating long-time BEA member Don A. Grady, associate dean and associate professor emeritus, on his retirement after 35-plus years of leadership in the School of Communications at Elon University.  As an early communications faculty member at Elon, he became the program’s first department chair and worked closely with faculty in writing his program’s scholarship statement, teaching enhancement plan, program policies statement, and assessment plan.  As associate dean, his duties included administrative support for internal operations, leadership of school initiatives, oversight of curriculum and course management, teaching enhancement and evaluation, assessment of student learning, and oversight of an online undergraduate research journal.  Grady regularly taught courses in broadcasting, senior research capstone, and study-abroad.

Grady concludes a distinguished academic career after over forty-years of administrative and teaching experience in broadcasting, and nearly 50 years of participation in BEA.  He first attended a BEA conference as an undergraduate student and has regularly participated in the organization since the early 1970s. Grady has made numerous panel presentations on the assessment of student learning at BEA and AEJMC conferences.  He served as the facilitator and judge for BEA research in-progress sessions, judge for BEA and AEJMC conference paper competitions and awards, and judge for BEA and RTDNA faculty video and radio competitions. He also served as the 2018 BEA Research Symposium chair, for which he organized a day-long symposium on analytics.  Subsequently, he served as editor and contributor of a BEA publication series book titled, The Golden Age of Data:  Media Analytics in Study & Practice. His primary research interests pertain primarily to the form of media messages.

Over many years, Grady served two terms as an elected member of ACEJMC.  He has participated in numerous panels, workshops and bootcamps on assessment of student learning at BEA regional and national conferences, and published several articles about assessment in the Journal of Media Education. Grady has conducted numerous independent program reviews for other BEA affiliated programs and participated in writing and implementing self-study materials for ACEJMC accreditation.  Prior to joining the faculty at Elon in 1985, Grady taught at North Carolina State University and worked for nearly a dozen years in television and radio.  He completed his Ph.D. in Mass Communication Research and M.A. in Communication at UNC-Chapel Hill, and his B.A. in Communication at North Carolina. 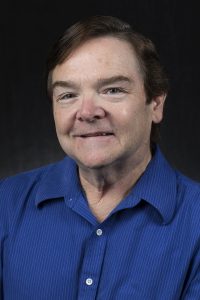 We also highlight Dennis Conway in this President’s Corner, as he prepares to take over the reigns as editor of the BEA Journal of Media Education (JoME).  Conway earned a B.A. in Government/Political Theory from Cornell University and an M.F.A. in Film & Television Production from New York University. He currently serves as Professor in the Mass Media Department at Valdosta State University in Georgia. In his career, he has taught a variety of undergraduate and graduate classes including Writing, Performance, Audio, Video, Studio Production, history, theory and research. Before entering academia, he worked in independent film production, public television at WGBH Boston, and in the corporate print and industrial video industries.  Conway says “By working in various media industries and production worlds, in various capacities, I became acquainted with useful communication and production strategies that I try to apply in my classes and research. The media world has evolved so much in the past 20 years, and I hope JoME will continue to explore and reflect those changes.”

Conway has published or co-published 14 times in The Journal of Media Education, and its predecessor, Feedback. His research topics range from film festivals (quantitative and qualitative studies), online video production classes, U.S. state film board incentives, and screenwriting/production class pedagogy issues. His feature film, “Garden,” a screwball comedy about the chemical industry, which he wrote, directed, edited and produced, played in film festivals. More recent video productions include “Forming a Partnership,” a short documentary about the Valdosta Children’s Advocacy Center and “Time Machine,” a documentary about the Rhinebeck, N.Y. Aerodrome show and museum. His screenplay, “Multicultural” (2012) won an award from the University Film and Video Association Writing division, and his scripts, “Second Look” (2011), and “Violent Nature” (2008), won awards from the BEA Writing Division. His analytic chapter on the feature film, School of Rock, appears in the 2016 book, “Screen Lessons: What I Have Learned from Teachers on Television and in the Movies.”

Dennis has served as the Faculty Advisor for the VSU program’s Film and Video Society, and in the past, ran its “End-of-the-Semester Student Video Showcase.”  If Conway has a research philosophy, he says, “It may sound simplistic, but I try to ask a question that no one can answer, and then I try to find one.”  He also prefers to explore “new or new-ish” topics, if possible. He says he is very grateful to BEA and the editors of the Journal of Media Education, both of whom “have been very good to me.”   He enjoys movies, music, theater, museums, and reading.

Thanks to these BEA members for your continued service to academia and BEA. Interestingly enough, on a personal level, I have had separate instances through the years of being able to call on both Don and Dennis for assistance with an academic-related task and benefited from their help, so there’s also a personal thanks component to this President’s Corner. In closing, please email me to help identify a BEA member with a recent accomplishment to highlight in the next President’s Corner.  De brevitate vitae carpe diem.