I start this President’s Corner with a reminder about an important current BEA initiative–the beginning work of our new Diversity & Inclusion Faculty Fellow George Daniels.  George has begun planning and will need some of our members to step up and help his work have the desired impact for our members and organization. Plus, I have a related call request for you: I’m always looking for ways to include more BEA members in service to the organization, so I’m asking you to step up and indicate an interest in serving on one of our committees. Many of the committees have specific procedures and rotations, but you can start by going to the BEA web site and look at the Committees and Task Force list. One you choose might be Student Media Clubs, or you might help me identify an area for BEA growth and recommend a Task Force idea. Send me an email no later than November 20th advising me of your area(s) of interest from these or otherwise, and I will be working on committee updates shortly thereafter. I do want to hear from all interested BEA members.”

And now we continue to highlight and recognize some important BEA members. 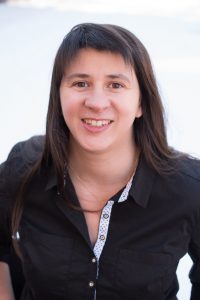 Coche was born and raised in France and began her career as a freelance sports reporter and producer in Paris. She worked on major events such as the 2008 Soccer European Championship, the America’s Cup, the 2010 Olympic Games, the French, U.S. and Australian Opens in tennis, and the 2014 FIFA World Cup in Brazil. In 2016, she led U.S. students to cover the Rio 2016 Olympics and is set to repeat the experience with 20 University of Florida students in Tokyo if international travel is safe and allowed in summer 2021.

Her research interests revolve around social issues, often in the sports media industry, but she also is the director and a producer of the one-hour documentary Once More At The River: From MLK to BLM about activism in Memphis in the 50 years that followed Dr. Martin Luther King’s assassination.  Click here to read Dr. Coche’s press release. 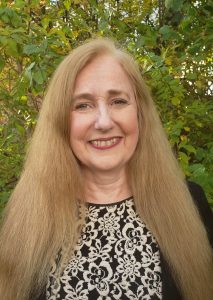 Anne MacLennan has been the editor of the Journal of Radio & Audio Media since 2016, and we thank her for her quality service as editor. She is an Associate Professor in the Department of Communication Studies and the Joint Graduate Program in Communication and Culture at York and Ryerson Universities in Toronto, Canada.  She’s currently the Principal Investigator on a grant called “Programming, practices, production and policy: Canadian community radio” with collaborator Kate Moylan, professor at the University of Leicester. It’s funded by the Social Science and Humanities Research Council. This current research project team is concentrating on collecting interviews from campus, community, and indigenous radio stations in Canada, with 227 interviews so far. Usually, she writes about radio history.  She co-authored a book with Michael Windover, Carleton University, Seeing, Selling, and Situating Radio in Canada, 1922-1956. That work was part of a grant and curated shows of vintage radios, equipment, and other materials at Carleton University, York University, the Archives of Ontario. They are working on a digital curated show at the Musee des Ondes Emile Berliner in Montreal.

MacLennan’s research includes early Canadian radio programming, broadcasting pioneers, the early Canadian radio audience, and community radio. She has published in Media and Communication, the Journal of Radio & Audio Media, Women’s Studies: An Interdisciplinary Journal, The Radio Journal, Relations Industrielles/Industrial Relations, Urban History Review and edited collections.  She also works on media history, research methodologies, women, poverty, advertising, and labor. She has recently published two book chapters, the first on Canadian Community/Campus Radio and the other is “Promoting Pity or Empathy? Poverty and Canadian Charitable Appeals.” She is working on a book on Canadian radio in the 1930s for which she has collected 744 interviews with listeners who were alive in the 1930s, and also a communication and media studies research methods textbook, early radio programming, and community radio.

She was on the board of directors for CHRY, the campus/community radio station at York University from 2006 to 2015. Radio programming in the 1930s was the subject of her PhD dissertation, Circumstances Beyond Our Control: Canadian Radio Program Schedule Evolution during the 1930s, completed at Concordia University in Montreal, Canada.  Her MA and BA degrees were completed at McGill University in Montreal and she originally comes from St-Jean-sur-Richelieu, Quebec. She was award the University-Wide Teaching Award at York University in 2006. She is the past Chair of the Department of Communication Studies, Past Graduate Program Director of Communication & Culture at York University, and past coordinator of the women’s studies program at Dawson College. She has taught about 40 different courses from Quantitative Methods to Women’s Studies, War, American foreign policy, American and Canadian history, but mostly Communication and Media Studies, and research methods.

In the next few days we will be posting the call for the next BEA Journal of Radio & Audio Media editor.

Thanks to each of these BEA members for your continued service to academia and BEA. In concluding this President’s Corner, please let me hear from you. Please nominate a BEA member to be highlighted in a future newsletter, and/or let me know of your interest in serving on a BEA committee. We always need new voices and ideas. I hope your schedule leading up to Thanksgiving is going smoothly. De brevitate vitae carpe diem.