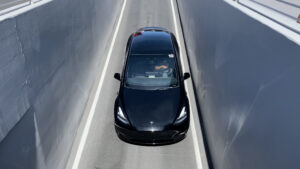 LAS VEGAS, Nev. – During the 2022 NAB Show, tens of thousands of attendees were able to navigate the 4.6 million square foot Las Vegas Convention Center with the help of Tesla’s which chartered people through underground tunnels from one end of the center to the other.

Underneath the Las Vegas Convention Center is a forty-foot deep, one-mile route that took a year and a half to build and can run 70 vehicles at one time. During the convention, this made getting from West Hall to North Hall much easier.

The end game for the Boring Company is to create an underground network of 51 stops throughout the city that spans 28 miles and will connect to the stadium, the airport and everything else in between.

More information can be found at the link below: