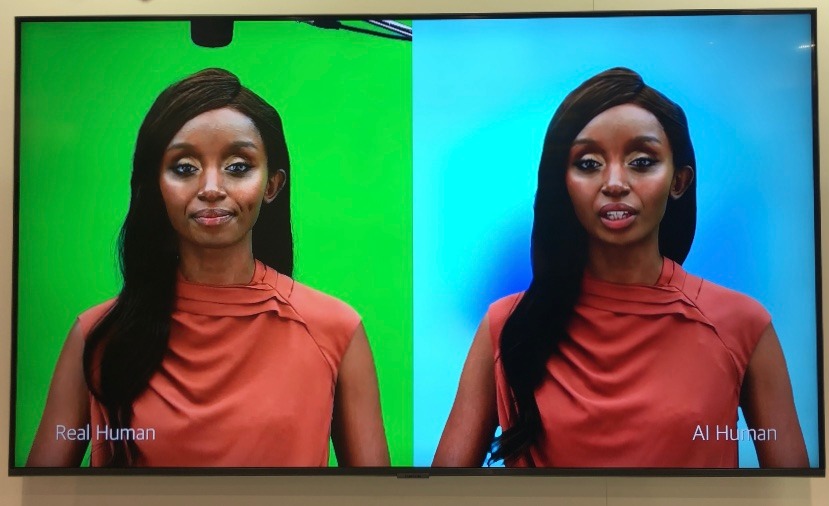 The BEA 2022 Annual Convention and NAB Show in Las Vegas this past week featured some of the latest cutting-edge technologies in the broadcasting industry. One of their exhibits showcased digital twins, courtesy of DeepBrain AI.

Now what is a “digital twin?” A digital twin is basically a virtual avatar with a fully synthetic voice modelled after a real person. These avatars and their voices are close copies of the people they are modelled after, replicating their “appearance, voice, accent and behavioral movement as real ones.”

DeepBrain AI hopes to utilize these digital twins in the future for the broadcasting industry as virtual anchors. For some places, like South Korea, digital twins are already being used.

One of these digital twins is known as AI Yoon Seok-Yeoul, who is being utilized as a part of the People Power Party’s (PPP) campaign strategy for the 20th presidential election. With this virtual avatar, the PPP are able to make personalized campaign videos across the country, targeting more voters in the process.

DeepBrain AI Business Manager David Abbondanzio says the process to generate a digital twin requires a few days of filming, with about 500 to a thousand phrases spoken.

“So we have an AI engine that learns the video of people and how they talk,” Abbondanzio said. “We take that video and pipe it into our neural network, and it learns their facial expressions, their micro expressions and the intonations of how they speak. So ultimately, we can just take the text from like a teleprompter or text file, submit it to the neural network and it will synthesize a video of that person saying the text as though they had said it themselves.” 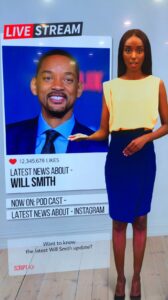 Once the virtual avatar has been created, all one would need is to plug in a script and a video will be automatically generated within seconds.

For DeepBrain AI, their digital twins aren’t limited to just broadcasting or campaign videos, but can have a number of uses, like social media or the Metaverse.

“Anywhere you have a person who is engaging with digital technology, we humanize that digital engagement. Customer service representatives, aviation to check in or change flights, social media influencers like on TikTok, retail, banking, you name it,” Abbondanzio said.

In the future of social media, one could see one of their favorite TikTok or Instagram influencers doing a sponsored video using their digital twin. With a script and the click of a button, you could make your avatar say whatever you want and not have to worry about getting in front of the camera.

“AI Studios. No light, no camera, no crew. Just action!”