The On-Location Creative Works Competition provides an opportunity for full-time faculty and students at colleges and universities to showcase their creative scholarship.  Faculty work must have been completed in the past two years, and student work completed during the past year.  Faculty submissions are peer reviewed and student submissions are reviewed by a mix of industry professionals and faculty.

*Open is for entries that do not fit in one of the other categories.

Note: On-Location does not offer a Scriptwriting Competition as part of the Creative Works Competition.

The Audio Competition allows faculty and students to showcase audio programming for radio and web/digital.  Entries can include, but are not limited to, the following types of submissions: air personality, comedy or drama, sports, educational program, PSA, promo, or commercial, specialty program and audio news stories and newscasts.

The Documentary Competition showcases both short-form and long-form video documentaries produced by faculty and students.

The Film & Video Competition provides an opportunity for faculty and students to showcase their video production work.  Entries can include, but are not limited to, the following types of submissions: commercial or PSA, educational or Instructional, narrative, and long form promotional.

The Interactive Multimedia Competition recognizes excellence in content creation that demonstrates creativity and innovation in interactive media and emerging technology.  “Interactive” refers to content that involves active participation by the intended audience, allowing the user to have some control over the engagement experience. Examples may include but are not limited to websites, kiosks, mobile apps, fixed media, or other projects.  “Emerging Technologies” may include but are not limited to virtual, augmented or mixed reality; 360 video; games; transmedia; geo apps; or other projects that employ emerging technologies and delivery systems in significant ways.

The Photojournalism Competition showcases faculty and student storytelling through the still image. Categories for photojournalism include single still photograph (with caption) or photo essay (a series of at least 10 photos, with captions), that tell the story of a single subject or event.  The competition is open to individual and group projects.

The creative works competition is open to faculty and students who completed their entry while employed or enrolled full-time at a college or university. You do not need to be a BEA member to enter. Faculty winners are expected to attend the conference. 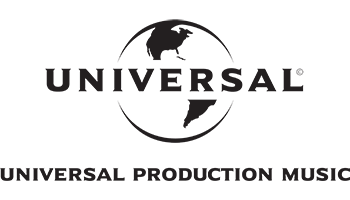