The uncertainty of the fall semester is bearing down on us, but despite that I hope you’re finding time for some relaxation and summer fun. But I also hope you’ve signed up for one or more of our Pop-Ups this week, including our BEA Festival of Media Arts Best of Festival Ceremony on Thursday. In this month’s President’s Corner, continuing our effort to recognize the activities and accomplishments of some of our members this year, we highlight Kyle Miller in South Dakota and Rick Sykes in Michigan. 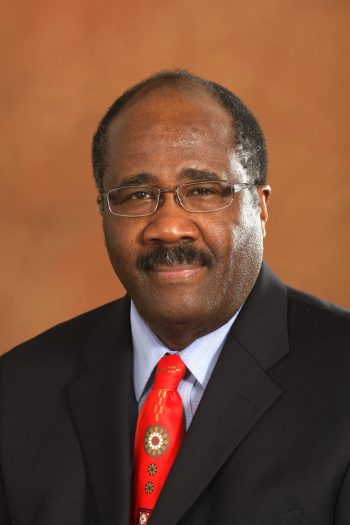 First, BEA congratulates Rick Sykes as he is being inducted into the Michigan Broadcasting Hall of Fame.  He is currently a tenured full professor in the School of Broadcast & Cinematic Arts at Central Michigan University, but is retiring this month and will become a professor emeritus after August 15th. His teaching career spanned 24 years at CMU. Prior to joining the faculty at the University, Sykes spent a total of 23 years in the communication field, including 17 years in broadcast news both on-air and in management positions at mid and major market television stations in Michigan.

Sykes also spent six years working at a regional public relations agency as a senior executive with oversight responsibilities for two account teams. But, Rick says it was the position at CMU where it became clear to him that his real passion was helping educate the next generation of media professionals. He was responsible for overseeing a student-run television news operation that produced a live newscast five nights a week. The broadcast was seen in three counties and a dozen communities in mid-Michigan.  Besides winning numerous individual awards, the news division was instrumental in securing a 17-year string of Television Station of the Year awards from the Michigan Association of Broadcasters Foundation. It is one of the longest “Station of the Year” winning streaks in the history of the Michigan Student Broadcast Awards Competition.

Sykes’ research agenda during his 24-year career at CMU focused mainly on student media. That focus led to articles in Feedback and the Journal of Media Education as well as some international online journals. In 2010, Sykes received the Excellence in Teaching Award from Central Michigan University. The honor included recognition by the university provost at the May 2010 spring graduation ceremony. Sykes’ plans going forward include pursuing some research areas connected to the current challenges being faced by broadcast media educators in the era of COVID-19. 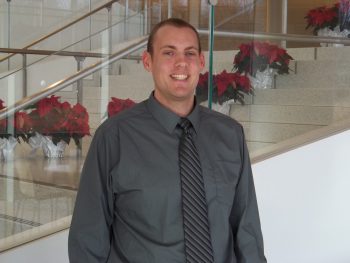 Kyle Miller has quickly established himself as an active member of BEA. He is an assistant professor at the University of South Dakota Department of Media & Journalism and adviser to The Volante, USD’s student newspaper. He teaches broadcast and sports media classes, and his research areas are in podcasting, college and community media, digital journalism, and sports broadcasting. In BEA, Miller says he proudly serves as the Festival of Media Arts Faculty Audio Chair and as the Paper Chair for the Sports Division. Kyle previously taught at the Northwest Missouri State University School of Communication and Mass Media, and worked on-air/in-studio at KLGA-KLGZ Radio in Algona, Iowa.

Miller says throughout his life, he has been fascinated by broadcast media, particularly radio, and its service to local communities. Kyle says, “I bring this passion into my research and the classroom every day, through constant analysis of media production and its technological and programming relevancy to audiences. I believe media students should get as much hands-on, real-life learning as possible, and I’m dedicated to crafting projects for students to gain immense experience in producing news stories, sports play-by-play and digital promotions.”

Miller’s research is strongly tied to these classroom teachings and goals. He has two forthcoming research publications: “A Curriculum for Blackness: Podcasts as Discursive Cultural Guides, 2010-2020,” in the Journal of Radio and Audio Media with Kim Fox of The American University in Cairo and David Dowling at the University of Iowa; and, “Game-day Experience and Other Factors Influencing Student Attendance at Division I Football Games,” in the Quarterly Review of Business Disciplines with Chuck Lubbers at USD and Michelle O’Malley at Ball State. His co-authored publication in JRAM with David Dowling, “Immersive Audio Storytelling: Podcasting and Serial Documentary in the Digital Publishing Industry,” received the Outstanding JRAM Article Award at this year’s BEA virtual convention.

​ As always, in closing, our thanks to each of these BEA members for your service to academia, the industry and BEA. The usual reminder: please email me and help identify a BEA member who deserves recognition in an upcoming President’s Corner. Self reports of accomplishments to be recognized are welcome–might be a great way to promote your new book. It’s the individual members who make BEA great, so we want to share our members’ accomplishments with the membership at large. De brevitate vitae carpe diem.