I begin this President’s Corner by sharing some difficult news. Traci Bailey, BEA’s office manager who worked on BEA membership and convention registration, and answered email upon email, is no longer with BEA.  Due to financial implications caused from COVID-19, the BEA Board and staff have decided that reorganizing the workload is beneficial to BEA’s future. Please join me in thanking Traci for her 15 years of service to BEA and the friendship many of us had with her. We wish her well in her future endeavors. JD Boyle will be handling membership for now, and BEA Executive Director Heather Birks and the BEA Board will be working on ways to redistribute the work done by the staff. 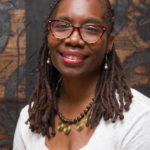 In this President’s Corner, I want to start something I will carry through for all the coming year: recognition of some of our members. An important benefit of doing this is to remind us it’s the individual members who make BEA great. I’ll start with recognizing Kim Fox for her leadership on the BEA Board in setting up a special Pop-Up session BEA hosted online last week: Racial Injustice: A Necessary Conversation.

The goal of this event was to create a space for an open dialog to help navigate our return to the classroom, focus on building racial justice and help us take actions that make a difference. Thanks to Kim, along with the other hosts of this event, Jennifer Meadows, Natalie Tindall and Kim Zarkin, who all guided us through these conversations. I hope the session helped us all think about how to talk to students and colleagues about issues related to racial injustice and walk away with tangible changes that can be made in our classrooms to facilitate this. If you did not participate in the live event, I recommend you watch the recording on BEAweb.org. The conversation emphasized how these issues affect every campus. We had around 125 participants from 75 different universities representing communities from around the globe. Thanks to all who joined the session and shared their thoughts and stories. BEA will continue to work to provide a forum for discussion of racial injustice and similar topics affecting our classrooms. 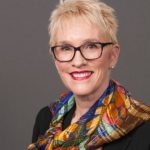 Rebecca Ann Lind is our new BEA Convention Program Chair. Dr. Lind received the Lifetime Achievement in Scholarship award from BEA in April 2019. She is Director of Undergraduate Studies and an Associate Professor in the Department of Communication at the University of Illinois at Chicago. Dr. Lind earned her PhD at the University of Minnesota, and has published numerous articles and has received a variety of grants to support her research in the areas of audience studies, race and gender, new media, and media ethics. She is working on a third volume of “Produsing Theory in a Digital World:  The Intersection of Audiences and Production in Contemporary Theory,” to be published this summer.  Lind has held a number of administrative positions and is currently UIC’s Faculty Grievance Officer, and the Compliance Coordinator for her college. As a former broadcaster and print journalist, her broadcasting experience was mostly in radio, and always on the talent side.  She worked in public radio and commercial radio, in multiple formats, including music and talk, and has also done a lot of freelance voice work.  Her journey through radio included stints as Program Director and Promotion Director.

Professor Lind has been a member of BEA since the late 1980s, holding a number of leadership positions, including chair of what is now the Gender and Sexuality Division, service on the BEA Board of Directors, Convention Chair for BEA 2002 (The Future is Now), and Research Symposium Chair for BEA 2015 (Race and Gender in Electronic Media). She also served on the BEA Research Committee and the BEA Publications Committee, including four years as chair.  A final Fun Fact: As a graduate student, Lind received the Harold E. Fellows scholarship from BEA, an award sponsored by the NAB, and given to students whose family members worked at NAB-member stations. 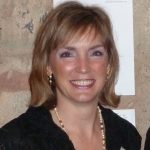 Sandy Henry says she is humbled and excited to be serving as the new Chair of the Festival of Media Arts. She has been involved with BEA since 1997, even serving as a co-chair and judge of the old video competition conducted by the PAC Division, a precursor to the current festival. She has served as chair of the IMET Faculty and Student competitions multiple times during the last 20 years.

Sandy is a professor in the School of Journalism and Mass Communication at Drake University and is an internationally-quoted specialist in Super Bowl advertising. Yes, that really exists! Her love of video advertising stems from her 20-year professional career in advertising and multimedia production. Professor Henry worked with a variety of clients, from regional grocery stores, to national banks, to international agribusiness, before moving into academia. She celebrates her 25th year at Drake this December, where she began in University Communications, then joined the faculty in 2007. Henry has won many awards for her creative work – including Addys, Tellys, NAMAs and CASE Awards – but she says she is most proud of the awards won by her students. Sandy’s professional award-winning work runs the gamut, from Telly award-winning coach’s shows and innovative ADDY Award-winning grocery television spots for which she served as writer/producer/director. A promotional video for an advertising agency won a National Agrimarketing Association (NAMA) award. A television commercial for the Iowa Pork Alliance was part of an ADDY and NAMA award-winning campaign. Her students have been successful in strategic communication and local and regional American Advertising Award competitions, and in the BEA Festival of Media Arts, where Drake University’s ongoing multimedia web publication “Urban Plains” has won multiple awards, including the 2015 Best of Festival Award in the Student IMET competition.

A Wisconsin native, Sandy received her BA in Journalism and Mass Communication from Drake University, and an MS in Mass Communication from Miami University. Her research interests include multimedia pedagogy, advertising in athletics (especially the Super Bowl) and curriculum development. She is also a self-described tech geek, having been an Apple Certified Trainer (Final Cut Pro).

Thanks to each of these BEA members for your continued service to academia and BEA. In closing, please email me and help identify a BEA member who deserves recognition in an upcoming President’s Corner.  De brevitate vitae carpe diem.