Last year, in my first President’s Corner, I said that I wanted to do my best to connect with each individual member.  I also said that I would like to get our members to help BEA develop new engagements with all forms of modern media and media experiences, like eSports, gaming, VR & AR, social media, the music recording industry, corporate media, and others. These two goals are connected. We know the media world continues to evolve, so I would love to hear from each of you about ways you think BEA could add some of these other media components to our membership and conferences. The Executive Committee of the BEA Board does a strategic planning meeting every year, so for the next one, I hope you’ll help us define some of the goals of that meeting this year.

But, on to the most important content for this month, as we continue highlighting some of our members in the President’s Corner. This month we focus on Iveta Imre in Mississippi and Marianne Barrett in Arizona. 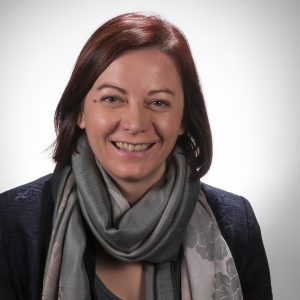 For the past two years, Iveta Imre has served as the Creative Director who leads the production of BEA’s Festival of Media Arts. Before that, she was the festival’s Executive Producer for three years. She has one more year of producing to go, and she says she will miss it once it’s over. Iveta has been involved with BEA since 2005 serving in various roles from judging news and documentary competitions to serving on the News Division leadership, where she is currently Vice Chair for Panels.

Iveta is an assistant professor in journalism in the School of Journalism and New Media at the University of Mississippi where she has been since 2018. Prior to coming to the United States in 2005, she worked as a broadcast reporter for Croatian Public Television (HRT). Iveta graduated from the University of Tennessee with a PhD in communication and information in 2014, where she also produced documentaries and worked as a visual specialist. For the past 10 years, she has been teaching classes that range from broadcast news and documentary production to multimedia reporting and social media publishing. Iveta has won several Telly awards, the most recent one for a newscast that was produced by her students during an international workshop she co-lead in Zagreb, Croatia that focused on news innovation.

Her research focuses on broadcast media development and innovation, trust in media, and journalism education. During her academic career, Iveta has published articles in journals such as International Communication Gazette, Mass Communication and Society, and Visual Communication Quarterly, and has presented papers and participated in panel sessions at national and international conferences. She is currently serving as a managing co-editor of NewsLab, an online resource and training center for journalism and marketing communication professionals. 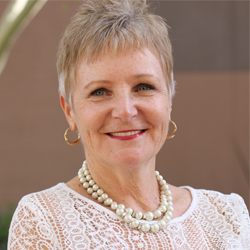 Marianne Barrett is the Louise Solheim Professor of Journalism at Arizona State University’s Walter Cronkite School of Journalism and Mass Communication where, from 2003 to 2017, she held various leadership positions including senior associate dean. She returned to the faculty in January 2018 and currently teaches the school’s Principles and History of Journalism course to transfer and change of major students as well as media research to undergraduate and doctoral students online and in person. In fall 2019 Barrett taught the Humphrey Seminar, a key component of the yearlong Hubert Humphrey Fellowship Program through which a dozen journalists and media professionals from emerging and developing democracies focus on advancing their leadership skills.

Barrett joined the faculty of the Cronkite School in 1994 after receiving her PhD in Mass Media from Michigan State University where she conducted research on direct competition in cable television and examined the factors associated with broadcast station bankruptcies. Prior to graduate school, she worked as a television programming executive for a public television station in northeastern Pennsylvania and as Director of Program Scheduling for ESPN in New York.

Her current research focuses on television audience behavior in the post-network age, particularly whether traditional linear programming strategies and tactics have any relevance in today’s media environment. She also is examining the impact of habit and first mover advantage on streaming service dominance and longevity.  Her work has been published in the Journal of Media Economics, The Journal of Broadcasting and Electronic Media and Journalism and Mass Communication Quarterly and most recently in A Research Agenda for Media Economics. We especially thank Marianne for her service as Review and Criticism Editor for the Journal of Broadcasting and Electronic Media for the past three years!

Thanks to each of our BEA members for your continued service to academia and BEA.  To wrap up, at some point we have to hope our lives and teaching get back to normal. But, as part of the ‘temporary normal’ I hope you’re planning to participate in our virtual On Location conference next month. No travel or hotel costs, and a great online conference is shaping up! Even if you did not submit something, there will be some great sessions for everyone. In closing also, related to my opening comments, please email me with recommendations and leads for new media areas we should considering bringing into BEA. De brevitate vitae carpe diem.